The Caterpillar small dozer lineup has been rethought. Gone are the D3K2, D4K2 and D5K2 and in their place are the new D1, D2 and D3. In the video below, we break down the differences between the new machines and their predecessors and discuss Cat’s motivation behind the new model names. 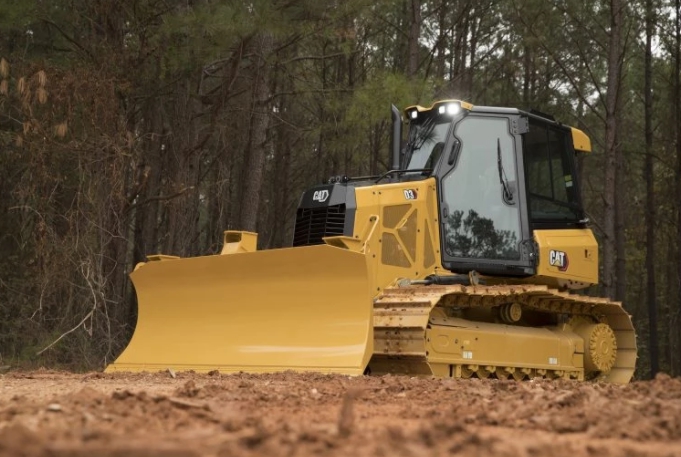 Back in 2017, Cat began a pretty significant overhaul of its system for naming machines. Specifically, they started dropping letter modifiers from model names. For instance, the latest Cat 330 excavator is just the 330 now, replacing the 330F. The new 420 backhoe replaced the 420F2.

Starting in 2018, this new naming convention extended into Cat’s dozer lineup as the company started introducing its next generation dozers. The new D6 was the first dozer to receive the treatment in replacing what was the D6T. Then the D5 was launched, replacing the D6N. And at ConExpo the D7 was launched replacing the D7E and D7R.

These are more than simple model name changes. They’re really a restructuring of the Cat dozer lineup. Now the change has come to Cat’s small dozer lineup with the introduction of three new models: the D1, D2 and D3.

As recently as a couple months ago, the machine now called the D4 was the D6K2. For all intents and purposes, it’s still the D6K2. Same engine, same cab, same specs, same everything. Except for the name.

And a big reason that Cat changed the name of that machine to the D4 are the new Cat D1, D2 and D3.

Cat hopes that all of these new dozer model names will allow you to quickly recall how powerful each new dozer is and place where it fits in the lineup in terms of power and capability.

A little bit of triva for you, the D1 is an all new model name for a Cat dozer. So if you grab one of these, you’ll be buying a bit of history. The D2, however is a throwback. Cat offered a D2 dozer between 1938 and 1957.

So, going back to the new D4 we mentioned earlier, since the new naming system for dozers only allows for one model per size class, that means the D6K2 would have fallen between the D3 and D5 in terms of size and capability. So, Cat changed the name to the D4 for obvious reasons.

“One thing we really do at Caterpillar, we listen to our customers and our customers were telling us we needed to try to simplify our nomenclature somehow,” says Joel Fritts, Caterpillar product application specialist for small dozers. “So we came up with this solution. We thought it was the best and that it preserved our brand equity. There’s a lot of heritage in the “D” nomenclature. That was our number one objective. So that’s how we wound up with this very simple model nomenclature, which basically from a D6 down, we’ve moved the numbers down a little bit. And while there’s a little concern there [from customers], in the long run, after we get through this adjustment period, I think it’s going to be a lot simpler for everyone to understand what size Cat dozer they need to do the work.”